Les Crapouillots was a satirical magazine during the Great War and also the name given to the Trench Mortar branch of the French Army by the Poilus in the trenches.

This memorial in the village of Laffaux in the battlefields between Soissons and the Chemin des Dames commemorates 12,000 men of the unit who died on the Western Front. Constructed in the 1930s it was badly damaged in May 1940 during the Second World War, and later almost destroyed in a storm in 2008. The memorial has now been rebuilt and features in a new WW1 memorial park to commemorate the fighting in this sector. 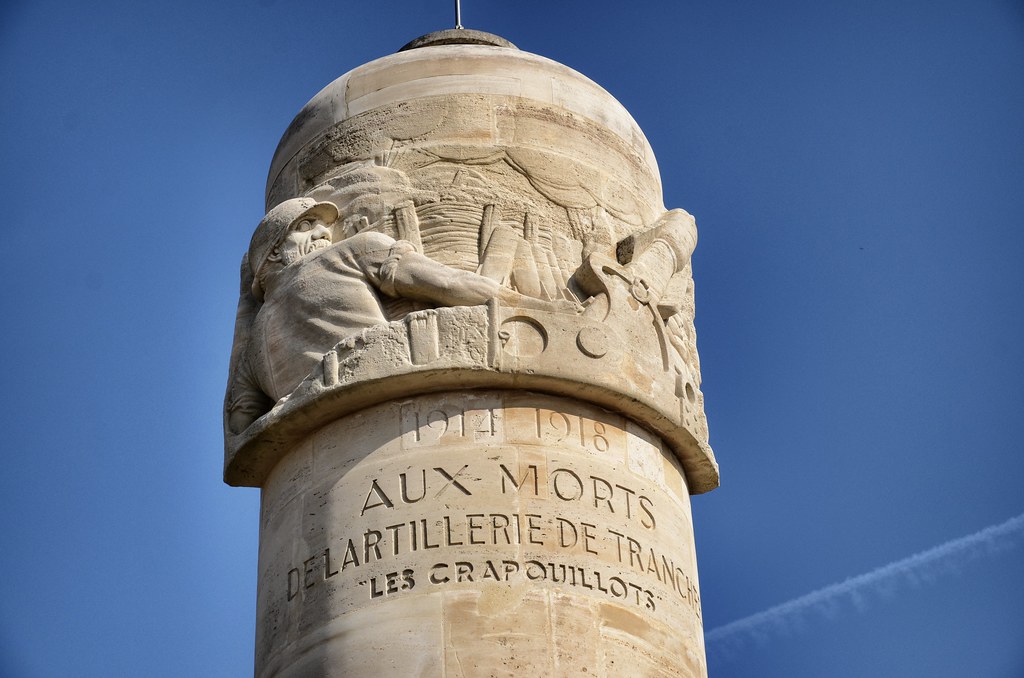