Located within the St Mihiel American Cemetery is an imposing stone statue of an American ‘Doughboy‘ – in fact an American officer dressed in the uniform worn by US troops here in 1918. The text on the memorial reads:

Blessed are they that have the home longing for they shall go home.

The memorial was placed in the cemetery by Harriet Beale, whose son Walker Beale is interred here. 1st Lieutenant Walker Blaine Beale served with the 310th Infantry Regiment of the 78th Division as an officer in I Company. Born in 1896 in Maine, he came from a wealthy family and was educated at Harvard. Commissioned in the infantry, he was mortally wounded by shell fire in the fighting near Thiaucourt. The memorial is in his likeness.  A second inscription in latin reads:

He sleeps far from his family in the gentle land of France. 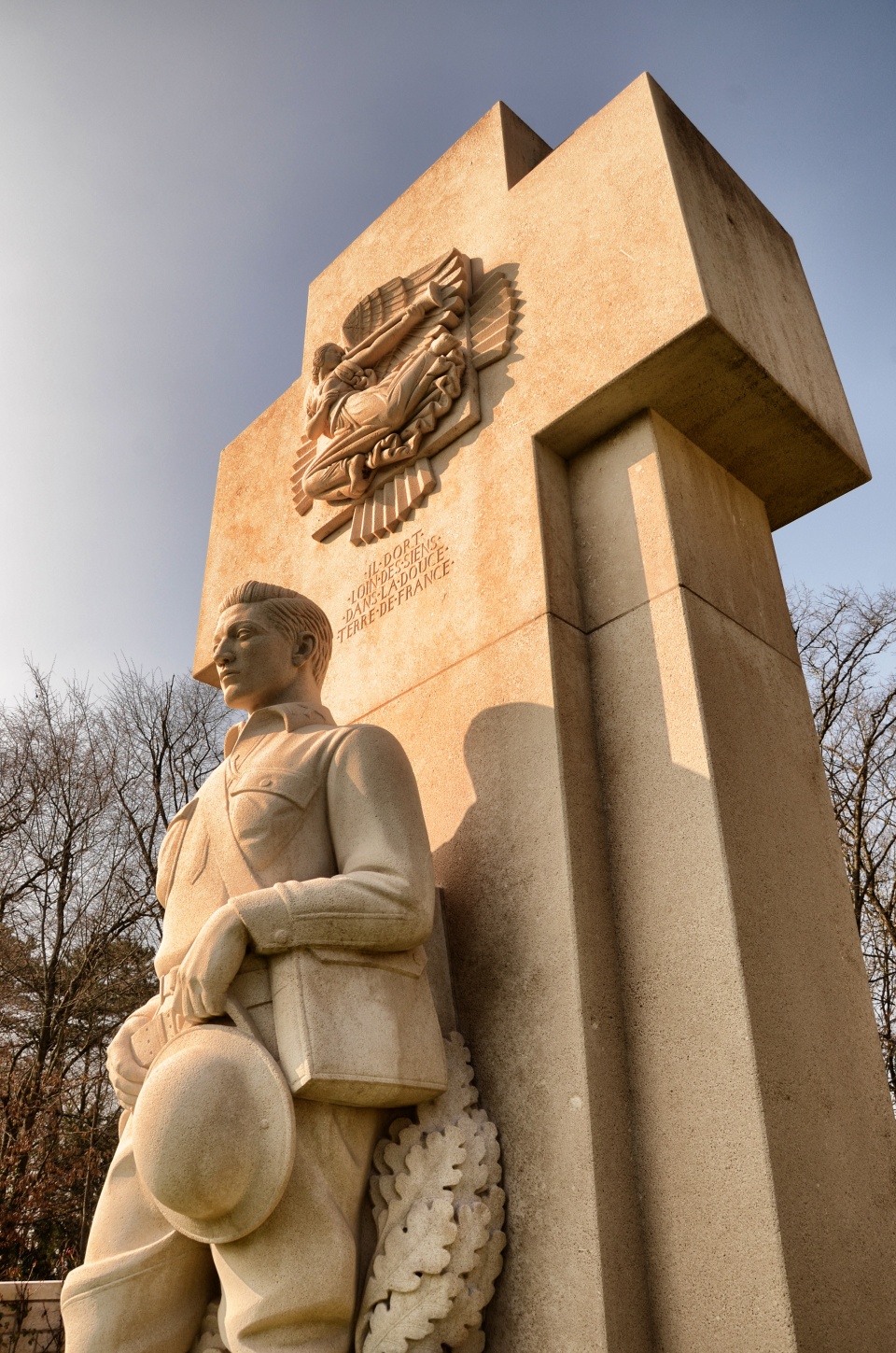