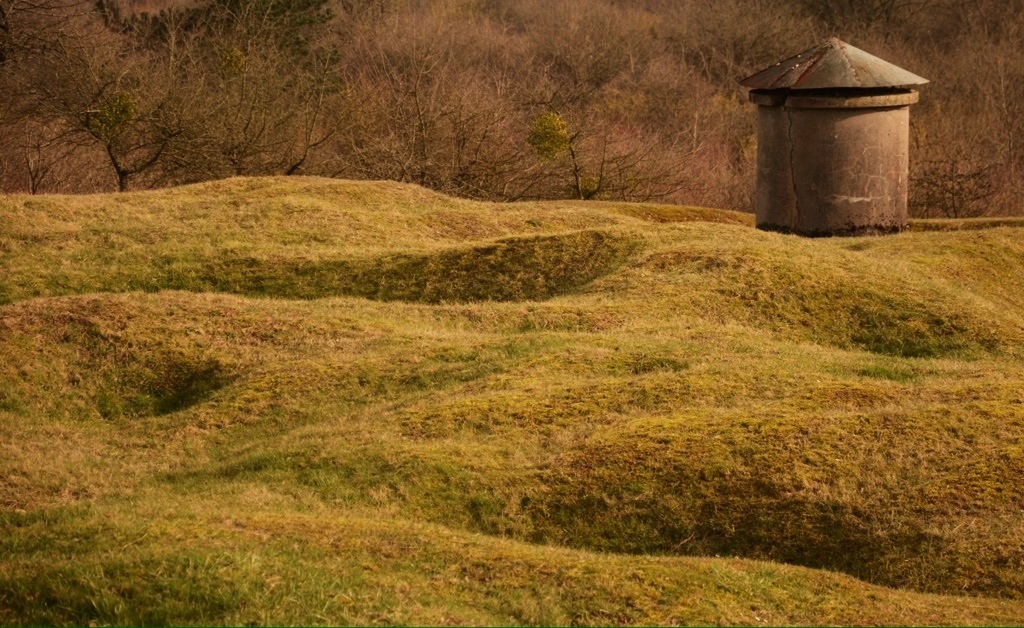 It is said that more than a thousands shells fell in every square metre of the Verdun battlefield in 1916 creating a vast crater zone, which is still visible on the battlefield nearly a century later. By the close of the fighting this battlefield had claimed more than 770,000 French and German casualties, and the French Poilus had called it ‘The Mincing Machine’.

On this part of the battlefield at Abris 320 the effects of such shell-fire is very much evident in late evening early spring sunshine, along with the concrete vents of the bunker complex beneath the site.