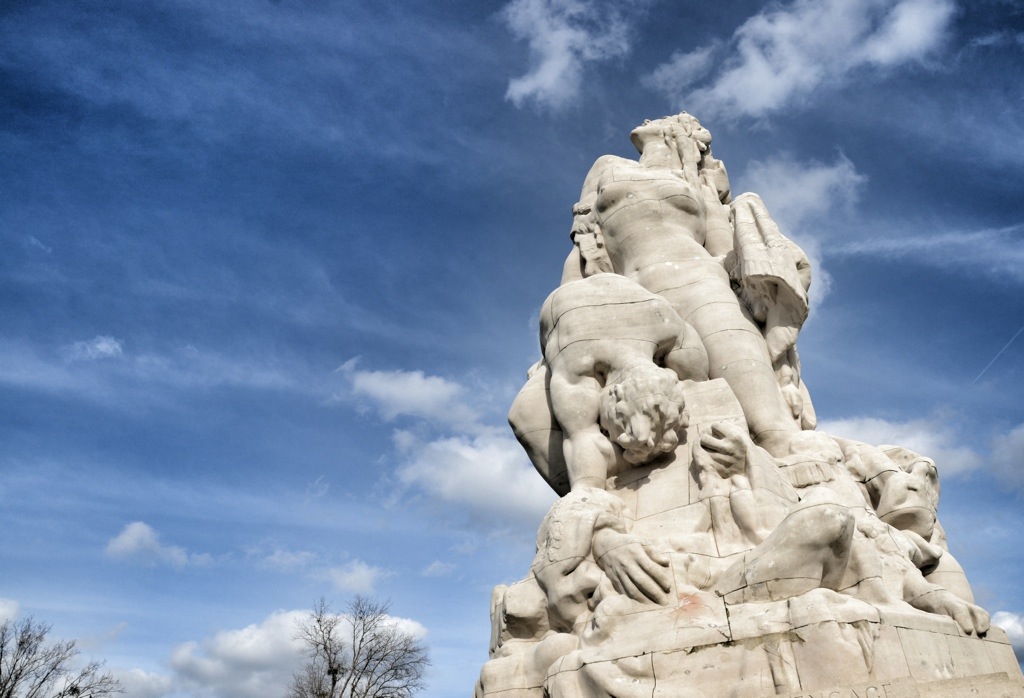 This huge memorial, the largest free-standing statue in France, is set in 40 acres of ground. Designed by architect Thomas Hastings, the sculptor was Frederick MacMonnies. It was unveiled in September 1932, some 14 years after the First Battle of the Marne in September 1914. Paid for by the American Friends of France, it was in recognition of this important turning point in the First World War and the stopping of the Germany Army here in 1914.

Here speak again the silent voices of heroic sons of France who dared all and gave all in the day of deadly peril turned back the flood of imminent disaster and thrilled the world by their supreme devotion.